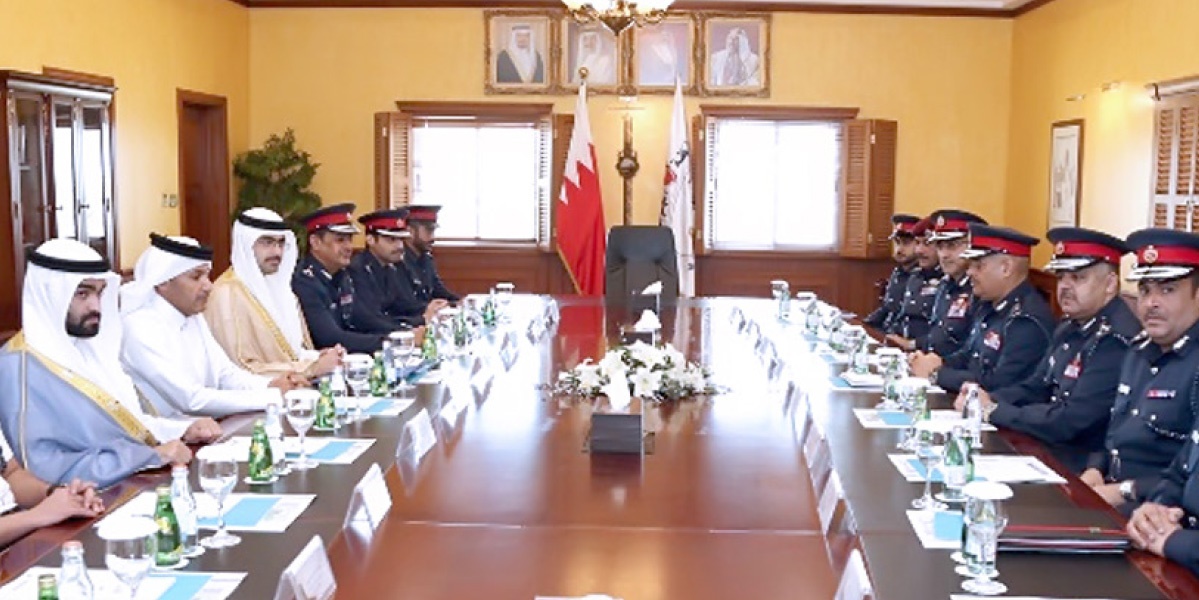 His Highness Shaikh Khalifa bin Ali Al Khalifa, Governor of the Southern Governorate, met with His Excellency Major General Tariq bin Hassan Al Hassan, Chief of Public Security at the Ministry of Interior and several senior officers and general managers in the Ministry of Interior as His Highness affirmed during the meeting that the Southern Governorate and its surrounding areas require several security plans in the short and long term to enhance the security aspect in the region.