The support of His Highness Shaikh Khalifa bin Ali bin Khalifa, Southern Governor, to the Southern Governorate to adopt its social and security responsibilities, is a pillar in building and developing the society, in line with the directives of His Excellency the Minister of Interior General Shaikh Rashid bin Abdullah Al Khalifa, in order to cement the concept of security in the community through close cooperation with all the different security authorities. 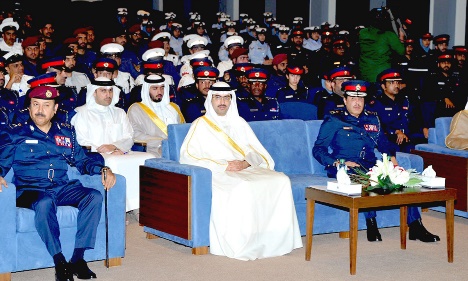 Laying the foundations of community security and awareness is derived from partnership and joint coordination among the different security authorities, as well as proactive contribution in highlighting relentless cooperation through the initiatives of the Security Committee, spearheaded by H. H. the Governor and His Highness's directives to strengthen security in the different parts of the Southern Governorate.

The cooperation with the Southern Governorate Police Directorate is key in reinforcing the concept of community partnership and its leading role in activating security, awareness and safety among the members of the society, resulting in the implemented exceptional initiatives, which developed to become a foundation for the development of the Governorate's community and its promising future.