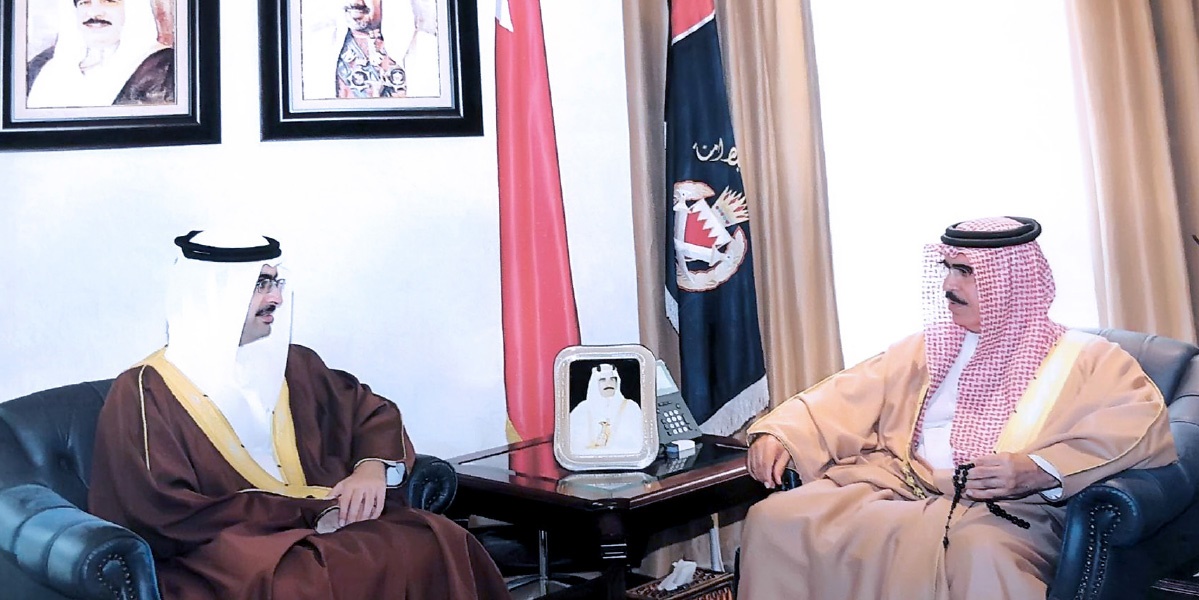 His Excellency Lieutenant General Shaikh Rashid bin Abdullah Al Khalifa, Minister of Interior received His Highness Shaikh Khalifa bin Ali Al Khalifa, Governor of the Southern Governorate, during the meeting, His Highness the Governor presented a report on the results of his visit to Japan and his meetings with several Japanese officials and the Governors of some Governorates that contributes to developing cooperation relations with the Japanese provinces in particular and between the Kingdom of Bahrain and Japan in general.